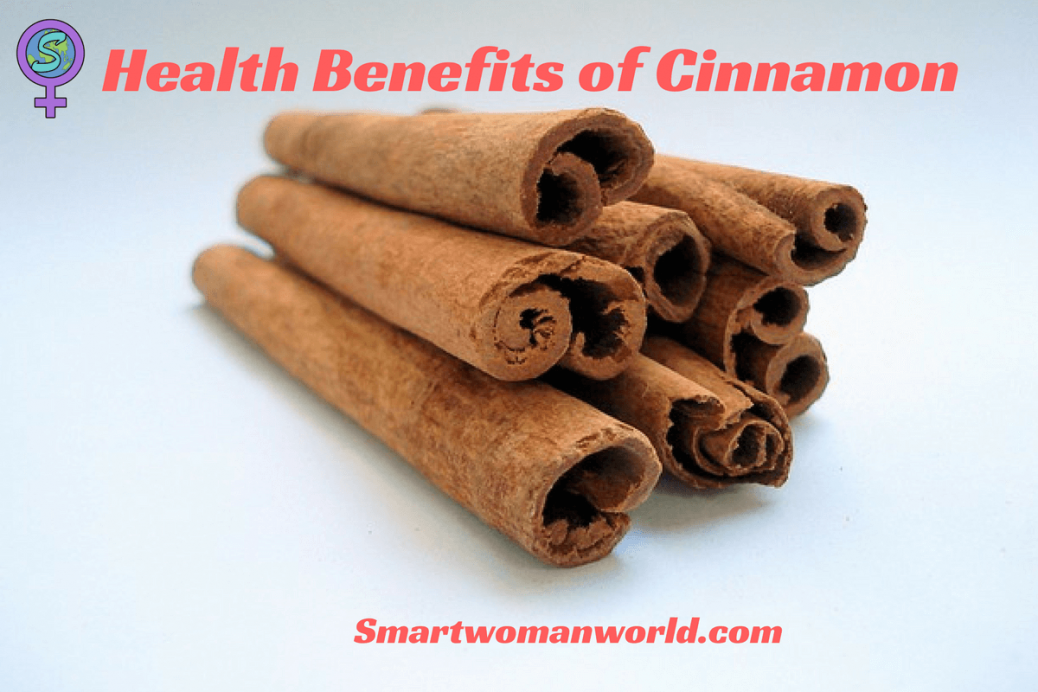 Cinnamon is one of the most powerful medicinal spices and has some amazing health benefits. It is widely used for cooking as it has a sweetish taste that adds flavour to any dish. A mixture of cinnamon and honey is recommended by almost all alternative health and wellness practitioners. In this article, we will be talking about the Health Benefits of Cinnamon.

In ancient days cinnamon was considered as a valuable spice and was very expensive. It is one of the most prominent spices mentioned in the bible and is known to fight many diseases. The health benefits of cinnamon are obtained from its bark. The bark is high in antioxidants, flavonoids and the phenolic compound, which is good for our body.

The Types of Cinnamon –

Both have almost the same taste and flavour but Ceylon cinnamon has more health benefits. Ceylon cinnamon comes from Sri Lanka, Thailand etc and is more expensive and not widely available. If you don’t find Ceylon cinnamon, you can still use cassia cinnamon but it is advisable not to have more than 2 tsp a day.

1. Cinnamon is high in antioxidant properties.

It is rich in antioxidant properties which help in reducing the free radical damage. Cinnamon is one of the most powerful spices which has antioxidants like polyphenols, flavonoids and phenolic acid which helps in slowing down the ageing process, brain disorders, heart disease and cancer and can also be used as a natural food preservative.

2. Cinnamon is good for heart health.

It helps in reducing the high cholesterol levels and triglyceride levels. It reduces the bad cholesterol i.e. LDL and also high blood pressure.

Research has indicated that cinnamon helps in forming blood clots thereby preventing bleeding. It further helps in proper blood circulation in the body. All this helps in proper heart functioning thereby reducing the chances of a heart attack or stroke.

It has high anti-inflammatory properties which help in preventing diseases like cancer and brain disorders. The flavonoids found in cinnamon are very effective in fighting inflammation and pain in the body.

It is a natural antifungal, anti-viral and anti-microbial agent. It helps in boosting the immune system which helps in fighting all harmful infections and viruses.
The antimicrobial properties help in preventing tooth decay. Research has indicated that cinnamon helps in fighting the HIV virus.

One of the main health benefits of cinnamon is that it improves brain health by protecting it from neurological disorders. It activates proteins which protect the brain cells.
The antioxidants present helps in reducing the ageing of the body and brain. It reduces the progressive loss of memory and protects the brain.

Cinnamon oil is good in combating bacteria and therefore prevents tooth decay, bad breath, and cavities. It’s sweet taste also makes it a good mouth freshener. Cinnamon is also used in many natural and herbal toothpastes and powder. Its oil helps in fighting infections with a pleasant and soothing smell.

7. Cinnamon is good for your skin.

It has antimicrobial properties which help in protecting the skin from rashes, skin allergies, and infections. When you apply cinnamon oil on any swelling or inflammation, it reduces the pain and redness. Cinnamon and honey are used in natural beauty treatments.

Cinnamon further helps in fighting skin allergies like acne, redness or inflammation of the skin (rosacea) etc. It helps in fighting allergy reactions in the body. It also helps in building the immune system thereby helping proper digestion after consuming allergic foods.

Its sweet taste makes it an important ingredient in many foods, especially desserts. Use cinnamon in your foods as it does not add any calories or sugar. It also helps in slowing down the process of releasing sugar into the bloodstream thereby having an antidiabetic effect.

These are some of the Amazing Health Benefits of Cinnamon. It is a simple spice which is easily available in the local market. You can add cinnamon to increase the nutritional value of your food.

Please check out our Smart Shops.